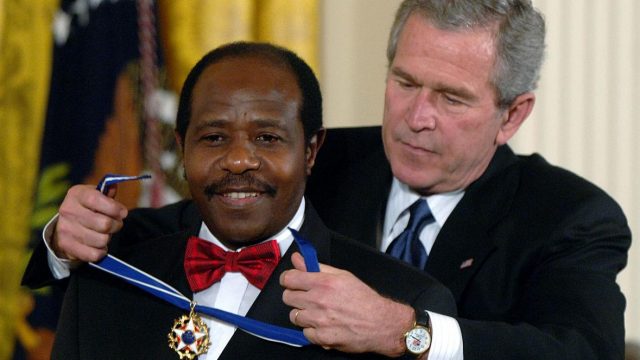 Paul Rusesabagina, credited with saving hundreds of lives during the Rwandan 1994 genocide, is headed to prison where he is supposed to spend more than two decades behind bars.

On Monday, Rusesabagina was found guilty by a Rwandan court of being part of a group responsible for “terrorist” attacks and sentenced to 25 years in prison. The former Rwandan hotelier was found guilty of backing a rebel group behind deadly attacks in 2018 and 2019 that left nine people dead, according to Rwandan authorities.

While living in exile, Rusesabagina went on to lead an opposition coalition, which had an armed wing – the National Liberation Front (FLN). 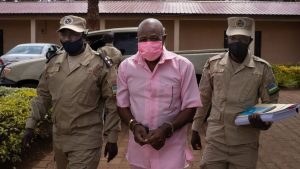 No sooner had Rusesabagina, whose heroics during the genocide were portrayed in the 2004 film, Hotel Rwanda, sentence read than human rights bodies and Rwandan government critics rose up in arms. In a statement, the US said that “the reported lack of fair trial guarantees calls into question the fairness of the verdict”.

We are concerned by the Government of Rwanda’s conviction of U.S. lawful permanent resident Paul Rusesabagina on September 20. The reported lack of fair trial guarantees calls into question the fairness of the verdict. https://t.co/PtUFd6Ze0H

Rusesabagina himself boycotted the verdict after declaring he did not expect justice in a trial he called a “sham”. The 67-year-old withdrew from the trial in March this year, shortly after it began, saying that he was not being given a fair hearing.

“Despite repeated appeals from Belgium on this matter … Mr Rusesabagina did not benefit from a fair and equitable trial; particularly with regard to the rights of the defence,” Belgium’s Foreign Minister Sophie Wilmes said in a statement, Aljazeera reported.

Rwandan prosecutors were gunning to have him handed a life sentence. Rusesabagina was arrested in August 2020 after being tricked by a Rwandan operative to board a plane in Dubai by telling him it was flying to neighbouring Burundi, not Rwanda. He was summarily arrested once he landed in Kigali.

The trial of Paul Rusesabagina in #Rwanda fell short of international and African standards. His conviction cannot be relied upon as fair. https://t.co/uhQue4dMIp pic.twitter.com/6QkerBSfRL

He is good as dead 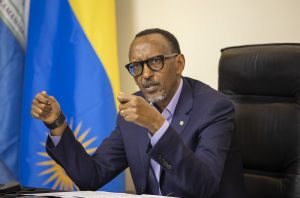 Rusesabagina’s daughter, Carine Kanimba, condemned the entire trial and called for her father to be released and allowed to come home saying the 25 years in prison “is just like a life sentence for a 67-year-old”, according to the BBC.

“This verdict means nothing for us. Our father was kidnapped,” Kanimba told Al Jazeera.

“He was dragged across international borders in violation of international law. My father knows that his rights were violated … that’s why he decided to step out of the trial, and this is all political,” she said adding that her father was “a political prisoner”.

“The charges are completely invented.”

Kanimba added that his family was “very worried” about Rusesabagina’s health and was afraid he would die in prison. Before being arrested Mr. Rusesabagina presented himself as a potential political challenger to Rwanda’s incumbent President Paul Kagame.