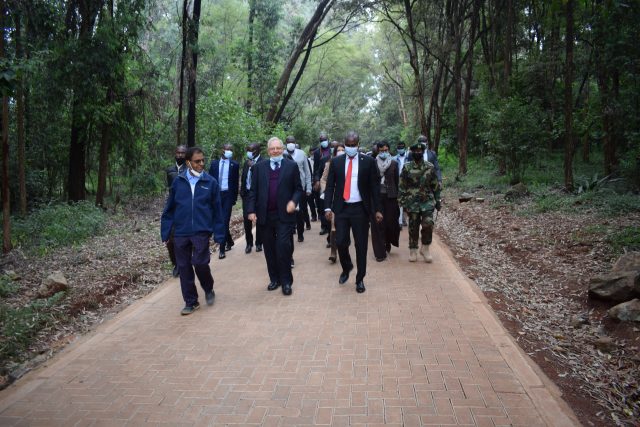 The Nairobi Arboretum Gets a Face-lift

Nature lovers residing in the ‘city in the sun’ have a reason to smile courtesy of the Radisson Blu Hotel Arboretum. Visitors to the park will no longer have to jump over water puddles, brave muddy and slippery paths whenever the skies open and soil their feet.

On a cool Tuesday, the Radisson Blu Hotel Arboretum in partnership with Nairobi Arboretum Conservancy Community Forest Association (NACCFA) and the Kenya Forest Service, officially launched a one kilometer main footpath and a modern style ablution block at the lush park.

Speaking at the launch of the path and ablution block, Dr Rakhee Kantaria said that Radisson Blu, situated just ten minutes from the city center, was honoring a promise they made last year.

“Radisson Blu Arboretum is committed to this cause and rather than promoting an ideological approach we value the viable and cost-efficient solutions that have made this project a success. Last year in June on World Environment Day we made a promise to support The Arboretum Park and get it back to its former glory.”

Kantaria added that the one kilometre footpath worth Ksh12M and which comes complete with open earth drains that limit soil erosion is in line with their ‘Yes I Can!’ campaign.

“Despite the circumstances that ensued and in keeping with Radisson’s overall approach of ‘Yes I Can!’ we kept our promise and pledged Ksh12M for the completion of the carbro walkway to complete a full walking circuit around the park and the construction of a new ablution building. This morning hopes to inaugurate the new and improved Arboretum Park and is intended as a catalyst to raise awareness and promote immediate practical
action by putting the environment and our community first” 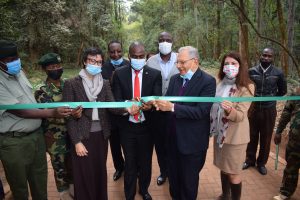 The modern style ablution block has been designed to also cater for persons living with disability. The park has seen a significant rise in visitors numbers since the Covid-19 pandemic struck. Awareness on the need for urban green spaces to promote well being is also high.

Ms. Carlotta Dal Lago, speaking for NACCFA, noted that the business community and society need to work together for a better world.

“Stakeholder engagement and collaboration between businesses and communities are critical for the improvement of public spaces and the spread of urban green initiatives. Our partnership with Radisson Blu is a testament that such purposeful collaboration can be successful.”

The project, commenced in December 2020, is a significant milestone in efforts to improve the park’s condition and enhance the general experience of park users.

To ensure its sustainability, Radisson Blu will train and monitor an attendant to ensure that the quality and standards of service at the ablution block are maintained.

Going forward the two organisations will continue to work together to ensure that the conservation and maintenance of The Nairobi Arboretum is achieved at the end of the day.

Get to Know Nairobi Arboretum Conservancy 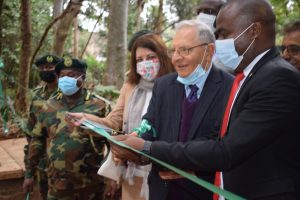 Nairobi Arboretum Conservancy (NAC) was founded in November 2019 by a group of stakeholders to restore, manage, and enhance Arboretum in partnership with the public and in collaboration with the Kenya Forest Service.

It was founded on the belief that citizen leadership and private partnerships are key to ensuring that the Park and its essential purpose is achieved.

Bordering the Nairobi Arboretum Park, the Radisson Blu Hotel & Residence, Nairobi Arboretum boasts an excellent location surrounded by lush vegetation and offers a refreshing retreat away from the urban frenzy. 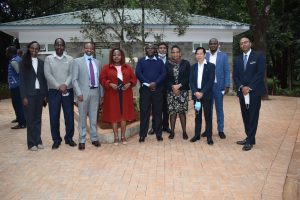 Back to school: How to make the best mask for your child