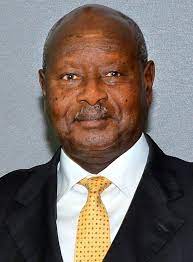 This follows an outbreak of fake online news on June 26 claiming that the President was dead.

‘‘They (Security service) should locate very quickly- the one who tells such a story,’’ said Museveni.

{OPINION} Will Kenya get drawn into Europe’s woes on bees?

Where to get Black Friday 2022 deals in Kenya

World’s dirtiest man who feared “getting sick” by taking a shower dies aged 94, a few months after first wash