Are you from South Africa? Sorry, no entry!

Air travellers to Rwanda have had their plans thrown in disarray after Rwanda moved swiftly and suspended all flights from South Africa following a new COVID-19 variant. 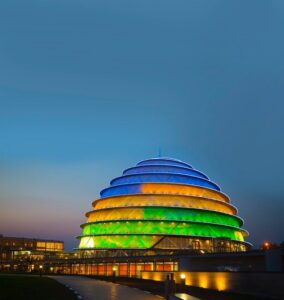 RwandAir, the country’s national carrier, on Sunday announced that all flights to four South African cities were temporarily suspended.

“Following the Government of Rwanda’s directive to temporarily suspend direct flights between Rwanda and Southern Africa, RwandAir will suspend flights to and from Johannesburg, Cape Town, Lusaka and Harare until further notice,” reads a statement by the airline company.

Passengers from Zimbabwe and Zambia have also not been spared and summarily banned from entering Rwanda.

Rwanda now joins Egypt, Morocco and Angola who are among African countries that have since imposed restrictions on flights from southern African nations in light of the new variant detected in the country last week.

The new Omicron variant, which health experts fear is more deadly has so far been detected in travellers from Botswana, Eswatini, Lesotho, Mozambique, Namibia, South Africa and Zimbabwe in Africa.

Kenya’s Health Principal Secretary Susan Mochache, however, stated that at the moment there are no plans to ban people travelling from the affected countries.

She urged Kenyans to continue observing the MoH guidelines on combating the spread of the disease so that the country can remain open to allow economic recovery, especially in this festive season when the tourism industry is expected to pick up.