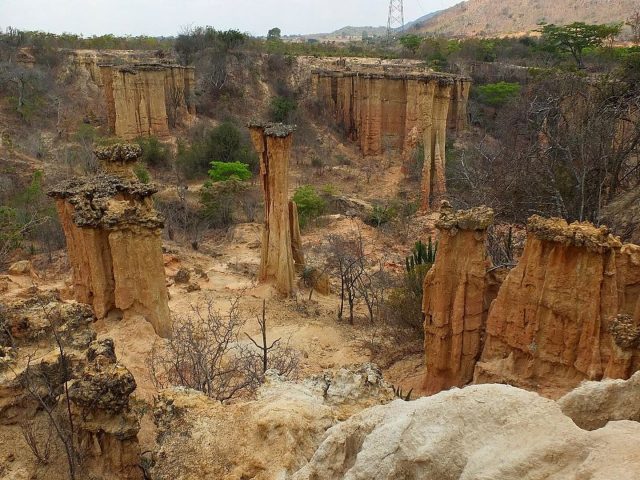 Many tourists visit Tanzania to witness the Great Migration or climb Mt Kilimanjaro. However, Tanzania has plenty to offer to both the luxury traveler as well as those on a budget. Regardless of the time of the year, you will always have very wonderful sights to satisfy your wanderlust.

The best time to travel to Tanzania is during the dry season, especially in October. During this period, there are fewer mosquitoes due to lack of rain. The vegetation is low and this drives most animals close to watering holes and rivers. Get to have your fill of wildlife scenery!

On a tight budget? No need to worry, November to May is also a great time to travel to Tanzania. Many animals stop in the southern Serengeti for calving season and you are guaranteed to see plenty of predators at the park. Although you will most likely get caught in the rain at some point, prices tend to be lower and parks less crowded hence more available. Here are popular places you should never miss during your tour of Tanzania:

One of the continent’s most magnificent sights. The mountain is a popular tourist destination and you will enjoy taking photos of the ‘roof of Africa’ at 5,895m.

You can climb Mt. Kilimanjaro at any time, though the best time is between June to October, the dry season.

The mountain rises from farmland at the lower level to rainforest and alpine meadow and then a barren lunar landscape at the peaks.

The slopes of the rainforest are home to buffaloes, leopards, monkeys, elephants and the eland. For bird watchers, the alpine zone offers an abundance of birds of prey.

Rated as the best destination for an African safari adventure, this is one of the most spectacular natural shows on earth, the Great Wildebeest migration, and leads to a flocking of tourists every year at the Serengeti National park.

The annual migration of more than 1.5 million wildebeests, zebras, and gazelles takes place in May or early June. The best time for wildlife viewing is between December and June. This is the second-largest national park in Tanzania and nearly 500 species of birds have been recorded here.

A UNESCO world heritage site, this is the largest inland volcanic caldera on earth. It is one of Tanzania’s popular tourist destinations and the conservation area in which it is situated has a permanent supply of water that draws thousands of animals that stay in the area rather than migrating. Although wildebeests and zebras account for over 50% of the animals in this area, you can also get to see a variety of wildlife including lions, elephants, rhinos, Thompson’s gazelles, and buffaloes.

Within the Ngorongoro conservation area lies the Olduvai Gorge, an important archaeological site that has revealed many ancient skulls and bone fragments that have delivered critical information about early man.

This is an exotic island kingdom of former slave traders and fishermen. It is an excellent destination with plenty to offer, both above and below water.

The island oozes culture and history in Stone Town- the world’s oldest functioning Swahili city. Visit the Old Fort, one of the most popular attractions and among the oldest structures on the island.

Pemba Island, the most northern island in the Zanzibar archipelago is famous for Coral gardens, colorful sponges, and sea fans. A fantastic spot for scuba diving! Pemba is also a major world clove producer and is well known for the juju traditions of medicine and magic. People come from throughout East Africa to learn from the voodoo and traditional healers or seek a cure.

Mafia Island, further south, is a beautiful coconut-covered island with suburban beaches, mangroves, and a marine park with plenty of life and underwater experience. It’s the best location for deep-sea fishing due to its abundant variety including tuna, marlin, sailfish, and many more big game fish. Countless birds and over 400 species of fish are also found here.

This is the largest game reserve in Africa covering over 5% of Tanzania’s total area. The Southern Zone is a forbidden, undeveloped, heavily forested, and contains many steep cliffs. Travelers are restricted to the north of the crocodile-infested Rufiji River.

A broad range of animals can be found here including buffalo, antelope, giraffe, warthog, wildebeest, lion, leopard and cheetah. Over 350 bird species have been recorded here.

This is famous for the work of Jane Goodall, a British researcher who studied chimpanzees. Guided walks take visitors into the forest to observe the chimps in the wild. Hiking and swimming are popular in this area and a trail leads into the forest to a waterfall in the valley.

Over 200 bird species have been recorded in the tropical forest including barbets, starlings, sunbirds, crowned eagles, kingfishers, and the palm-nut vulture.

An iconic landmark located on Zanzibar, this is one of the most popular tourist attractions and was once home to the Sultan family. It is now a museum and showcases the history of the Royal Family of Zanzibar. Each of its floors is dedicated to a member of the family.

An iconic landmark that showcases the religious influence in the country. This is one of the earliest mosques built along the East African coast and dates back to the 10th century. It is unique and is among the first mosques to have been built without a courtyard. Visitors must acquire a permit to explore the ruins of the mosque.

The capital of Zanzibar, Stone Town, holds several landmarks. The Old Fort is the oldest building on the island and was built to defend the island from Portugal.

Its structure consists of high walls that surround a courtyard. Get yourself unique souvenirs and handicrafts here as you enjoy performances in the amphitheatre or one of the many festivals.

Located in Shabban Robert Street, next to the botanical gardens, this museum is dedicated to the history of Tanzania. Its most famous exhibits include some bones of Paranthropus boisei that were among the findings of Louis Leakey at Olduvai.

Located in Butiama, this is where Tanzania’s first president Julius Nyerere was born and buried. The museum displays items related to his personal and political life.

This is why air travel in Africa is expensive