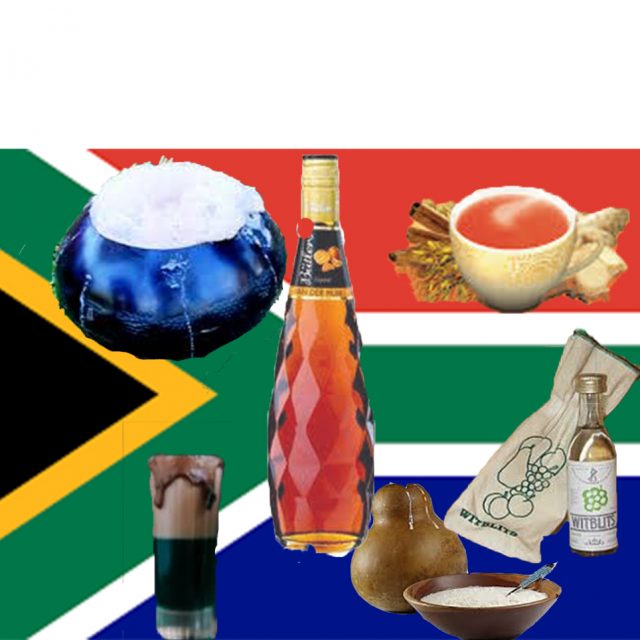 South Africa is known for its wines and craft beer. However, there are amazing alcoholic and non alcoholic traditional drinks you should try during your stay in South Africa.

This is a traditional South African beer made from corn. It was traditionally made by women but drank communally by men. The beer is also shared between family and friends as it is cheaper than commercial lager beer.

You can get it at the Beerhouse in Pretoria, Cape Town and Johannesburg.

Also known as firewater, witblits means white lightning in Afrikaans. This is a grape fermented South African brandy that gives you quite the kick.

It is primarily produced and consumed in Western Cape, particularly at Grundheim wines. If you love brown liquor and American moonshine, then this is a must-drink beer for you.

This is the go-to alternative for Witblits as it has a fruity palate to it. It is made from available fruits in the country including apricot, litchi, and peach.

It is a popular drink in the northern part of the country and can be purchased online. One of the best places to get this traditional South African drink is in Groot Marico.

This traditional South African drink is named after its creator and is made of a combination of diluted wine, tangerines, spices, herbs, sugar and pot still brandy. It is a popular drink in the country and can be purchased in many alcohol shops.

This sweet drink is named after the Springboks, the South African national rugby team. The drink’s colour is the team’s jersey. It is a mixture of Amarula at the bottom and a colourful green peppermint liqueur or a green crème de menthe.

This traditional South African Amarula drink is popular during the sports season but is available in restaurants in the country throughout the year.

This is a thick non-alcoholic South African drink that is made by fermenting fresh milk in a calabash or plastic container.

Amasi is a bit sour but very healthy as it improves your immune system and is a great source of vitamins. You can buy it from the supermarkets.

Rooibos is a red tea that is consumed both locally and internationally. The tea grows in the Western and Northern Cape. It is known internationally as the red tea or red bush. It is added antioxidants to increase flavour like buchu, South African honeybush, and hoodia.

{OPINION} Is it worth checking facts, before we halve our food supply?