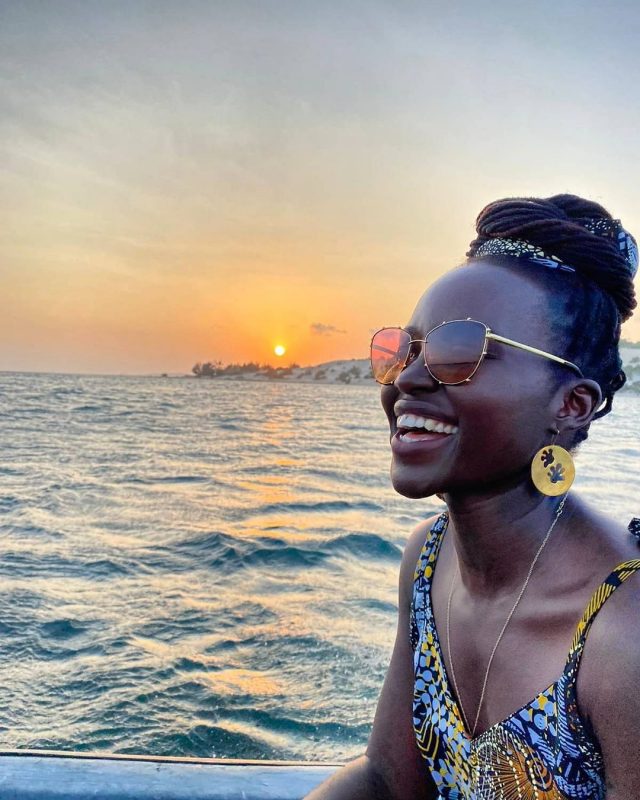 Guess what Lupita Nyong’o is back with a bang and already out and about enjoying the Kenyan sun while it lasts.  On Tuesday she was in Lamu for the umpteenth time enjoying the sun, sand and sea in Lamu. Through her Twitter page, Lupita posted a photo of her atop one of the dozen speed boats in Lamu gearing for what looks like a fun-filled adventure. In another photo she was captured gazing at the expansive white sandy beach Lamu is world-famous for.

The photos immediately took a life of its own and garnered close to ten thousand likes and hundreds of comments by the time of this publication. For the better part of Wednesday morning Lupita was trending in Kenyan social media showing just how much her popularity keeps soaring. 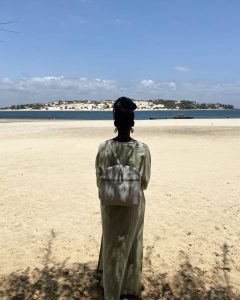 While she kept details of her travel plans in Lamu close to her chest it goes without saying she must add a few locations in Lamu on her to do list because why else go to the famous tropical Island without exploring this century old Archipelago which reeks of historical gems, golden beaches and some of the liveliest people on earth?

Here are just a few places she should visit while in Lamu if she hasn’t already. 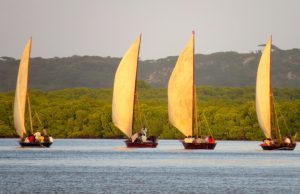 Stretching about 60km along the Swahili coast line and dotted with coral reef and little islands, Kiunga Marine National Reserve is a must visit anytime you are in lamu.

Here you will come face to face with real life mermaids that will take your breath away. Kiunga Marine National Reserve located on Kiwayu Island  booked its place in the world map as the habitat for the rare Dugong, a marine fish that has a tail like mermaid and believed to be the source of the mermaid myth.

It is also the largest breeding grounds for the roseate terns and at least five types of turtle and nine types of mangrove species. Tell me you don’t want to explore this ‘out of this world’ blue paradise while all you need to do is jump on a speedboat or a dhow if you really want to travel in style. 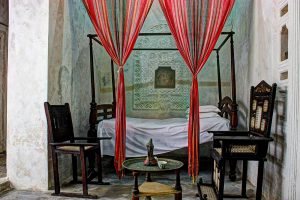 Next on her list is the famous Swahili House Museum located in the northern part of the town. This Swahili house, featuring well-planned bedrooms, bath, kitchen and sitting room restored to illustrate an 18th century Swahili home screams culture, style and class. A tour of the house will take you back in time when Lamu was at its peak and Arabian, Persian, Indian and European traders jostled and squeezed on Lamu’s narrow streets.

A stone throw away from the Swahili House is another famous landmark worth a visit. The German Post Office Museum which was transformed into a post office in 1888 and became a museum in 1996 was built in the early 19 century.

This double storey building was the first post office in East Africa underscoring the fame of Lamu then as the center for maritime trade.

Hook up with Omar Lali and explore Lamu Old Town

Pssss! Omar Lali is the most famous beach boy in Lamu and it’s impossible to miss him with his bushy beard that seems to attract ladies like light attracts moths.

Thanks to his charm and exotic look Omar has managed to bag some of the hottest lasses much to the envy of Kenyan men. This notoriety has seen him labelled Lamu’s unofficial brand ambassador.

A visit to Lamu is never complete without exploring Lamu old town with a local and who’s better than Omar? This town characterised by a maze of narrow streets is UNESCO World Heritage Site. You can easily confuse the old city to Zanzibar’s Stone Town since both are known for retaining the authentic grittiness of their ancient traditions and largely escaping intact without gentrification.

Fun Fact: Did you know the buildings of Lamu Old Town are the oldest and best-preserved Swahili settlement in East Africa?