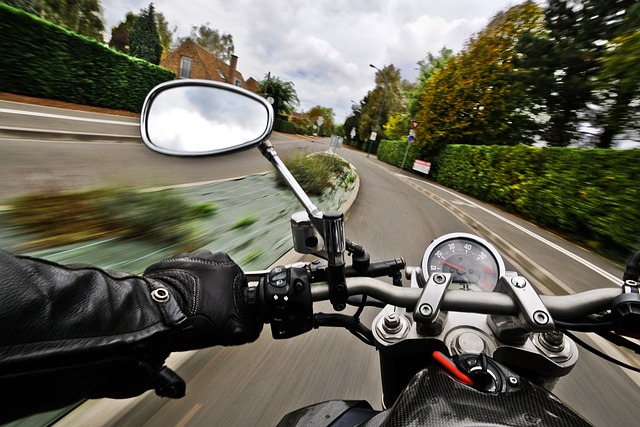 How to avoid mugging in Nairobi

The boda boda sector has created many jobs for Kenyans. As Nairobians look for convenience, boda boda rides have become a cost-effective way to move around – after Uber! Nowadays, even international ride-sharing apps recognize the place of boda bodas in the Kenyan transport sector.

With as low as KES 50, you can ride a boda with the ride sharing apps setting a base fare of KES 130.

However, the popularity of this mode of transport comes with its own risks. Apart from the many accidents that involve boda boda riders, there is also the issue of security. A highly unregulated sector, anybody in Kenya can acquire a boda boda and do business with it even without a license. This is what has made the sector rogue.

Most of them do not know how to read road signs, and others zig-zag between traffic lanes, and while lane splitting is a great jam rescue strategy, it has left many riders and boda boda clients with serious injuries.

Boda boda thugs on the loose

In addition to all the challenges facing the boda boda industry, the country is now grappling with an escalating number of boda boda thugs. Boda boda owners are losing their motorbikes to thieves, some of whom use them to commit crimes. However, there are also rogue boda boda riders who have turned to theft to supplement their incomes amid economic hard times.

Last week, I was mugged by these thieves on Mvuli Road in Westlands, a spot that has become notorious for mugging. Before I met them, I knew Lantana road to be a hotspot. And since a friend said there are motorbike thieves on that road, I have always avoided it. However, nobody had mentioned Mvuli and Rhapta roads as crime hotspots until I got mugged.

The incident happened at the gate of The Pantry, just as I was preparing to cross the road. A rider came with a ‘passenger’ whom he behaved like he was dropping, only to grab my handbag and speed off.

When I reviewed the CCTV footage, we noticed these two had been on a hunting spree before cornering me. The staff told me a customer had also been mugged at the same spot two days before me. He, and his boss, the owner of the facility, had also lost their phones around the same spot to boda boda thieves. Still, nothing has been done to mitigate this vice.

Dragged on the road to get the handbag

Personally, I could not defend myself because I did not know what was happening. Even though they did not have helmets, I did not see their faces as they dragged me on the road to get the handbag lodged above my wrist and blocked by another bag. I am still nursing the injuries suffered, but I believe these people are not new to this area. They could be the same thugs who have been stealing from others. But after the incident, I am now aware of their tactics and have gathered some insights to help others stay safe.

When I spoke to a boda boda rider outside Naivas supermarket, he affirmed that some riders have turned to theft. So the first thing you need to do to protect yourself is to try to ride safely. If you know a rider you trust, call him instead of a stranger. And when you hire a stranger, try to keep your private things private. Do not open your bag full of valuables to get them money.

Knowing that you carry expensive stuff in your handbag puts you on their radar, and one day when you least expect it, they will come for your bag. If possible, have cash to pay them. Alight, pay in cash and leave.

Situational awareness on the road

Be situationally aware. Thugs do not just appear from nowhere. If you see a boda boda leave the main road to the footpath, that is a big red flag. Boda boda riders should ride on the main highway and so someone who invades the walking trail is possibly after something else, especially if there are no other people on the road.

Gangs with guns and knives

Nowadays, thugs are walking with guns and knives. They will not hesitate to use these weapons when you refuse. This is a capital offence, but who will bring them to book?

As I reviewed CCTV footage for the evening I lost my handbag, the manager showed me a video of boda boda thugs in town. Two guys approached her, one went ahead and removed his gun, then the other one who was behind picked her laptop bag. They were a group of thugs who then boarded a boda boda and rode off. And their faces were not covered. If police wanted to find them, they could. But I believe they are still at large.

The manager also told of a case of his niece who threw a phone into a ditch as thugs tried to snatch it. As she bent to pick it up, they shot at her foot, and she sustained gun injuries on her thigh – just because they could not get the phone! Therefore, it could be safer to give what they want than resist or keep it away. Don’t lose your life for something you can recover.

Everybody is a suspect

Looking at how these thieves operate in groups, everybody you meet on the road is a suspect, and there is no strength in numbers. Those random people scattered on the road are not for you. They could be part of the gang. Do not feel safe just because there are several others on the road. When you sense danger, just run.

Don’t be sandwiched between strangers

The other day my friend was telling me how he had escaped several attempts on the road near Muthithi road and again near City Park as he was walking home. In both incidents, the suspects were in a group and attempted to sandwich him between themselves. Given that he is tall and energetic, they must have thought that would be the best way to get him.

And what did he do? He ran without looking back past them and into a safer space. And yes, the gang near Muthithi pretended to be repairing a broken-down vehicle. And when he ran past them, they started shouting, “Stop. Police!”

Apart from boda boda thugs, some opportunistic thieves steal because they have the opportunity. If you find yourself approaching someone who looks suspicious, cross to the other side of the road. We may not have a set of eyes behind, but beware of what is happening around you. A few turns to the side and the back could keep you alive for longer.

Do not walk alone

Let them have a kadude

Finally, if it’s your day to be mugged, ensure you have very few valuables with you. If a thug steals a kadude from you and an empty wallet or handbag, it is better than losing your life while protecting the latest iPhone and a laptop. Leave your valuables behind, and if you must carry them, get a cab or a boda. And remember, the rider should not know what you are carrying.

Have you been mugged, and what advice can you share with others? Drop me an email via [email protected], and we’ll share it with our readers. You can also share via a cup of coffee.

Interesting Christmas facts you should know