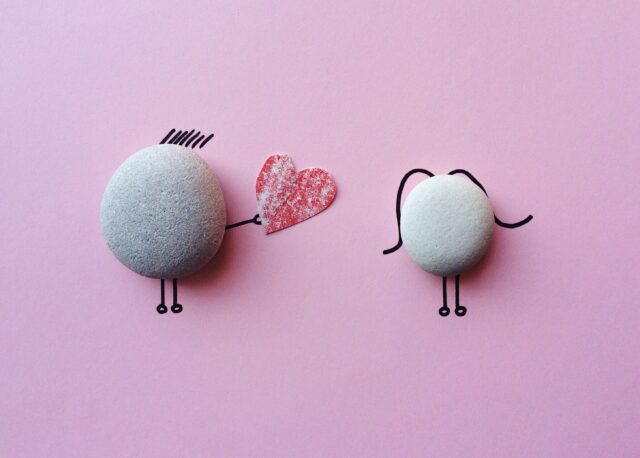 Mr. Broke bae wanted a cougar, not a lover

We were in the middle of a chat over ice cream when Angela* suddenly blurted: “Broke guys don’t deserve an orgasm.”

When she asked me to meet and catch up, I didn’t have any idea that she had broken up with her boyfriend of one year.

She had met him at a religious gathering, he was talking big, looked decent and promising. Even though he was broke, Angela decided to defy the old saying, “No finance, no romance.”

He was highly qualified and looked like he would land a job sooner or later.

Angela would help refine his CV so he could send it to potential employers as well as link him up with people in her network who needed his skills.

In my circle, we do not believe in turning down a guy just because of his current financial status.

We understand that things can change overnight, and tables do turn such that the one who had money yesterday has nothing today and vice versa.

This, however, is not an excuse for a guy to be irresponsible or lazy.

So, what happened to Angela and Mr. Church Boy?

“When I went to his house for the first time and had to spend the night there, he gave me a paper bag to wrap my hair during shower time.”

I couldn’t contain my laughter or help to wonder why she stayed too long.

“You know, I told myself: He looks like a good guy. A church guy with principles, so give him a chance maybe he just doesn’t have money,” she explained.

So after so many chances of trying, this guy was proving how mean and selfish he was.

“Yaani I don’t know what is happening to relationships nowadays. I get to his house and have to work since we are doing remote. Guy just sits there chatting with women on his phone, and asking me to serve him tea! Yaani no money, no manners. I give up!”

“One day he asked how we can make money with my skills. Yaani nikaona kisu kwa shingo yangu. He’d eat well, take himself out, call other people but when it came to me, if it’s not a Whatsapp call then there is no call. That’s just how mean he was!”

And during the entire year, he never took her out! She learned too late that all he wanted was a sugar mommy to take care of him, not a woman to share his love with.

Rina*, on the other hand, was dating a genuinely broke guy. However, things took a plunge when he finally did get money.

“He actually didn’t stay broke for long. He had been doing interviews and within 3 months he got a well-paying job. I was so happy now we could have some quality time together,” she narrates.

When Mr. New Employee got his first salary, he disappeared and switched off his phone.

“I came to learn that there is a lady he wanted but she brushed him off coz he was broke. Man, when he got his first paycheck he disappeared. He went to show her that he could now afford her love. Na hivo ndivo niliwachwo.”

He became insecure and abandoned his family

On the other hand, Liza* met her bae after college when both of them were doing internship. After a period of friendship and hustling, they decided to hustle and grow together – careerwise, financially, and in life.

So they got married when they were still struggling. Things never worked out for him, but Liza managed to climb the career ladder very fast.

“You know when I got my first big job, he started complaining that other men will start following me around. He didn’t want me to take that job because of his insecurities, even though we needed the money. But since I’ve seen how women suffer when they listen to their insecure husbands and quit their jobs, I pressed on.”

After a few months, the man became distant. When she asked, he’d say that she was disrespecting him.

“We had been married for two years and I was pregnant with our second born. Any time I asked him to help with anything, he claimed I was disrespecting him. He’d insult me and say that I was becoming rude because I was earning more than him,” she explains.

Liza sought the help of marriage counselors because she thought her husband was just looking for ways to force her to quit and remain broke.

“We got counseling and things went smoothly for a while. But he kept telling me to start a business instead of going to the office every day. Myself, I could not leave such a job after tarmacking for so long. One day when our second born was 3, he left and never came back. That is how I became a single mom of two!”

He was not broke, just broken

Is the man you are dating just broke, or is he:

What to expect when dating a broke guy

Dating a broke guy could be a terrible mistake because:

Things to do when dating a broke guy

While it is not a sin to date a broke guy, you need to go with your eyes wide open. Establish why he is broke and see if it can be fixed.

1. Allow him to make some money before you decide to marry him.

Dr. Myles Munroe always taught that there are three things that test a man’s character; money, power, and sex. Let this man have as much money as he needs, then you will see his true identity.

2. Establish the real reason he is with you.

Is it because you are the only one available, or you are a choice among many? A man who has been jilted because of his financial status will always go back or leave when his situation improves.

3. Make sure his motives are right.

If tables are turned, will he still be with you or will he leave? Many broke guys will leave when they get more money than you. It could be that he is in that phase where he needs someone to support him financially, just temporarily. Look for the signs.

Have you dated a broke guy, and what was your experience?

Black Food Festival back in Nairobi with a bang