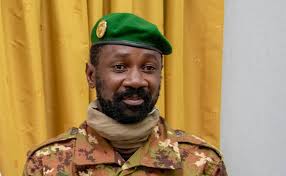 The African Union has suspended Mali’s membership in response to last week’s military coup, just a few days after a similar suspension from ECOWAS.

The AU called for “an unimpeded, transparent and swift return to the civilian-led transition” amid fears that the coup will jeopardize a presidential election in February.

Visit The East African for more.

Rwanda Moves Swiftly, Suspends All Flights To and From South Africa Over Omicron